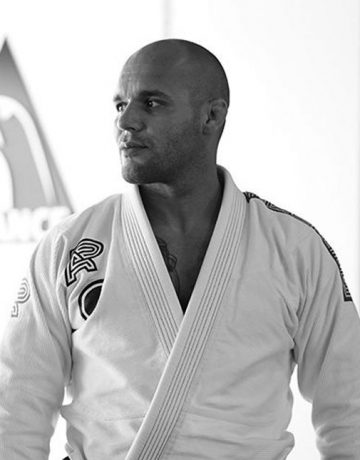 João Faria, also known as “Johnny” Faria, is a Judo and Brazilian Jiu Jitsu black belt under the illustrious Flavio Behring. One of the toughest competitors of his generation, “Johnny” had some of his best performances in the No Gi Jiu Jitsu circuit, winning a double gold (weight and absolute/open weight) at the 2010 world championships in the master division.

Nickname: “Johnny” is a name that has been around since Faria started training jiu jitsu. It was short for João. The name started being used more often when he moved to the United States because it was hard for the English native speakers to pronounce the name João.

Johnny Faria was born on the 23rd of July, 1980 in Sao Paulo, Brazil. he started his learning martial arts when he was 8 years old, training Judo, a sport in which he also holds the rank of black belt. Jiu Jitsu was scarce in Sao Paulo at the time, before the Behring’s and Ryan Gracie moved to the state and further developed the sport in the area. In 1992 however, with the encouragement of a friend, Joao Faria decided to join a BJJ gym. He started with Marcelo Behring and after Marcelo moved away from Sao Paulo he was taught by Jorge Costa (who was a Behring black belt).

After a short term in which Johnny Faria did not train, he returned to BJJ practice under Flavio Behring, it was Flavio that graded Faria in all belts, including his black belt which he obtained in October 2002.

In 2006 Johnny Faria moved to the United States after receiving a job proposal to coach at a gym in Las Vegas. He stayed in Vegas for one year but moved to San Diego where he opened the very first Gracie Humaita franchise outside Brazil.